What is “The Pizza Principle?”

What is The Pizza Principle? I’m so glad you asked! To best explain this, let’s go back to an encounter I had a couple of years ago. It was a Tuesday night in NYC, around 8pm. I had just finished a day at work, and then a workout class. On the way home I was starving, and went into a pizza place I had never been to. 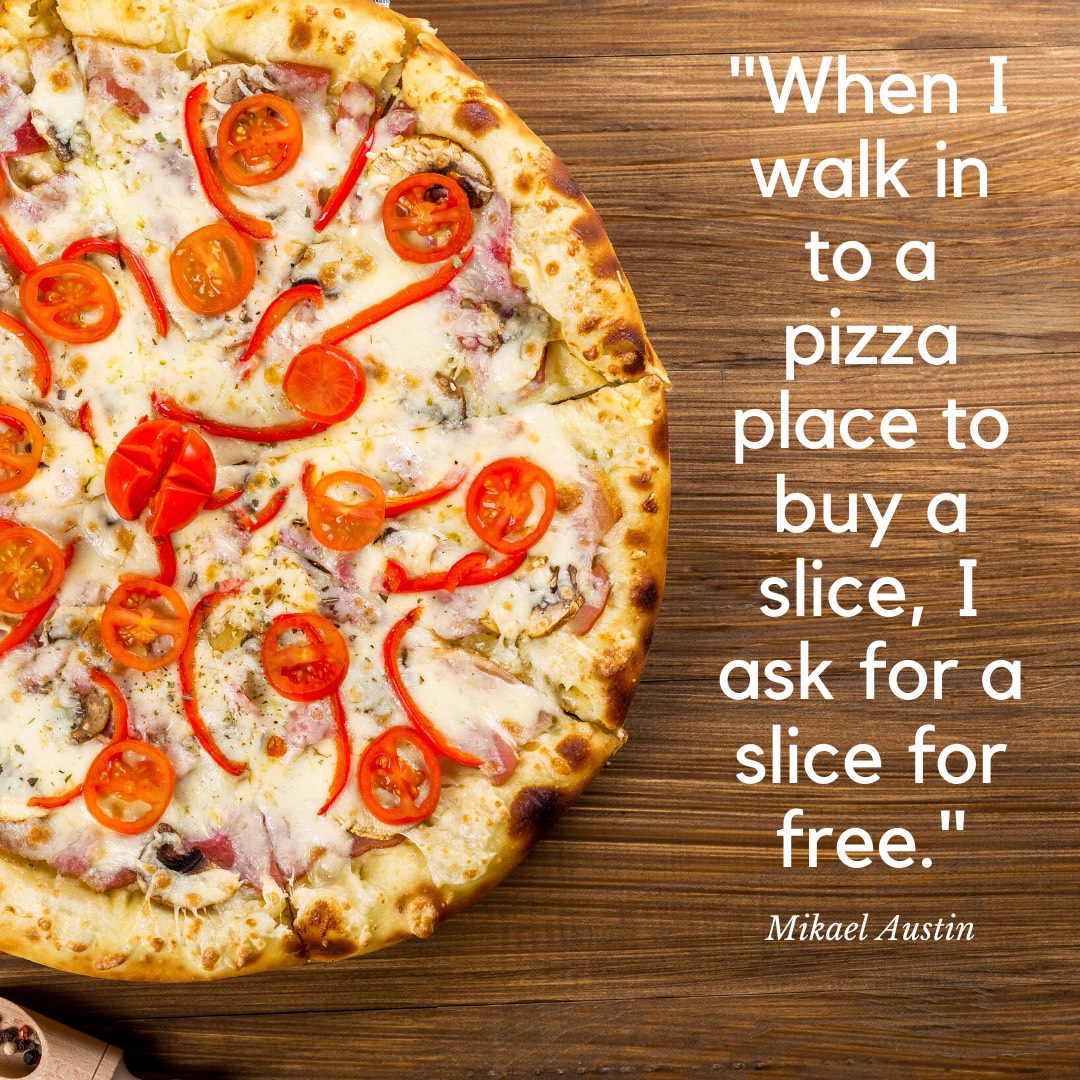 I walked up to the counter and ordered a margarita slice and a white slice. I then said to the man behind the counter: “And can you possibly throw in any slices for free?”

The man laughed at me, probably thinking he had heard me wrong. It would have been easy to pretend I had never asked the question but I asked again: “is it possible to give me an extra slice for free?”

The man told me no.

I was looking to get a lil extra bite for free, and decided to push the envelope. I sucked it up, hoped my cheeks didn’t flush, and said “but what about an extra slice of the white pizza? I know it’s usually not very popular...does that pie sell out on Tuesday nights?”

The man told me he couldn’t give me the pizza because they closed at 2am, and they may sell out. I asked him if I could have garlic knots for free instead, since there’s no way they sell out of all of them.

The man smiled, grabbed a tin foil cluster of garlic knots, and handed them to me with my pizza. I was thrilled that after pushing through the awkwardness, I had a reward!

A few years ago, I spoke on a panel for a Women in Business class at Cornell University, and the topic of negotiation came up. I told the class that I practiced negotiating by asking for free pizza, recalling this unconventional encounter. By the time I spoke to the class, I had made it a habit of asking for free pizza whenever I bought a slice. It wasn’t to be greedy, it was to learn to face rejection, and find ways to get a yes. I explained to the class that I learned how to befriend the uncomfortable feeling of asking for something, and how the worst that would happen is I would hear “no.” As silly as it may sound, practicing negotiation by asking for free pizza helped me feel confident asking for more serious things like a salary raise.

The Pizza Principle negotiation practice tool resonated with the class so well that the professor reached out to me months later. She said she thought the topic would make a good book, if expanded upon. And so I set out to write the book, The Pizza Principle. As part of book research, I interviewed over 20 women from a wide range of industries and backgrounds and drew from their experiences.

The Pizza Principle is about empowerment for women in business, and will teach you negotiation skills, how to hear no, how to say no, how being selfish is good, and much more!

Are you ready to get that extra slice?